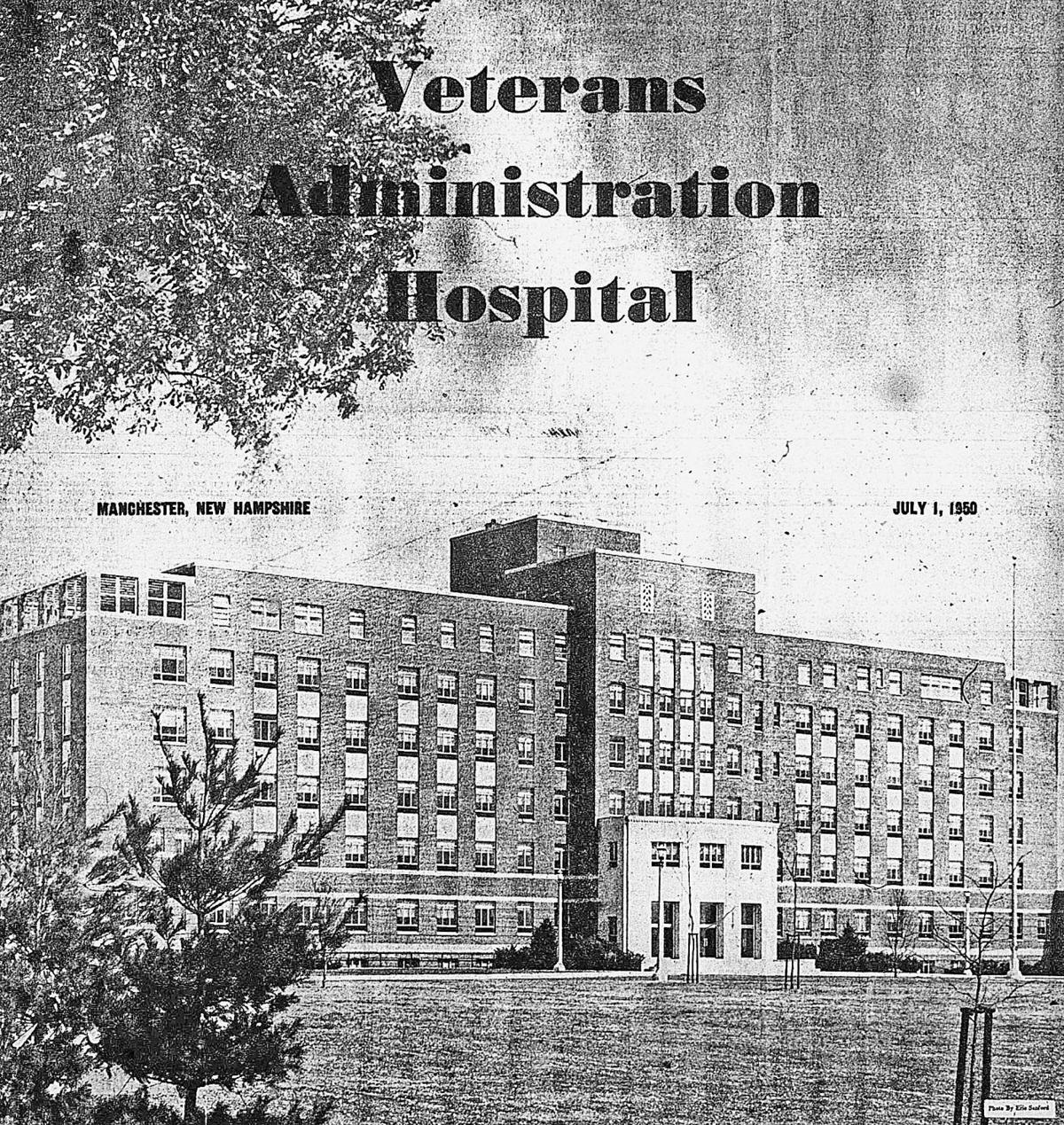 The cover of a special insert touting the new Veterans Administration Hospital that was included in the July 1, 1950, issue of the Manchester Evening Leader.

On Sunday, July 2, 1950, a huge crowd assembled in front of the new Veterans Administration Hospital in Manchester to witness the formal dedication ceremony that would mark the official opening of the facility. As reporter R. L. Desruisseaux wrote in the Manchester Evening Leader the next day, “New Hampshire veterans yesterday raised the national ensign on high before the Veterans Administration hospital on Smyth Road, marking the end of 30 years of hoping and planning for a VA hospital in the Granite State. The long-awaited establishment of the hospital finally became a reality with dedication exercises held before more than 4,000 persons under a broiling sun ...”

The hospital’s manager, Dr. George O. Pratt, served as master of ceremonies, greeting the visitors, introducing the speakers and honored guests, and overseeing the details of the program. The 40-year-old Pratt had served in the U.S. Army in World War II. He was now taking on the enormous job of staffing and organizing this beautifully-equipped modern hospital, the only one dedicated to serving New Hampshire’s veterans.

The son of the president of the Union Pacific Railroad, Gray had followed his father into the railway management business before broadening his business career into other areas. He served as an Army officer in World War I and continued as a reserve officer between the wars. During World War II he was assigned command of the Allies’ military railroad operations in Africa and Europe. Among the many awards he received were the Distinguished Service Cross and the French Croix de Guerre.

In his short speech, Gray emphasized the growth of the VA hospital system throughout the United States, declaring “The VA provides and will continue to give the best medical care in the world.” He praised the VA’s medical professionals as well as the volunteers who “provide a touch of home in our hospitals.” Urging community interest and pride, he said, “Look on this hospital as your own.”

Gray presented Dr. Pratt with a hand-illustrated scroll in the style of a medieval manuscript, framed in mahogany. This was meant to symbolize Dr. Pratt’s authority and responsibility to determine the direction of the hospital.

“This scroll will serve as a pledge and reminder of the VA’s determination to continue the purpose for which this hospital was built — to make sick men and women well more quickly,” Gray said.

Pratt also introduced leaders of several veterans organizations including the United Spanish War Veterans, Catholic War Veterans, Jewish War Veterans, American Legion, Thornton Naval Veterans, Veterans of Foreign Wars, Disabled American Veterans, and Manchester Veterans Council. When Pratt called out the name of the representative of the Marine Corps League, no one responded. As the newspaper reported, “After a moment’s pause, Dr. Pratt, much to the delight of the audience, quipped, ‘Well, it looks like one time the Marines didn’t make it.’” As it turned out, the Marine representative had been delayed by heavy traffic.

At the end of the 40-minute dedication ceremony, which included prayers delivered by the three chaplains assigned to the hospital, Benoit presented an American flag to veterans representing the Army, Navy, Air Force and Marines. As the men raised the flag in front of the hospital, the 39th Army Band of the NH National Guard played the national anthem. Afterward, visitors were organized into groups of 12 and guided through the building by volunteers from the veterans organizations.

Next week: The Veterans Administration Hospital in Manchester – 30 years in the making.