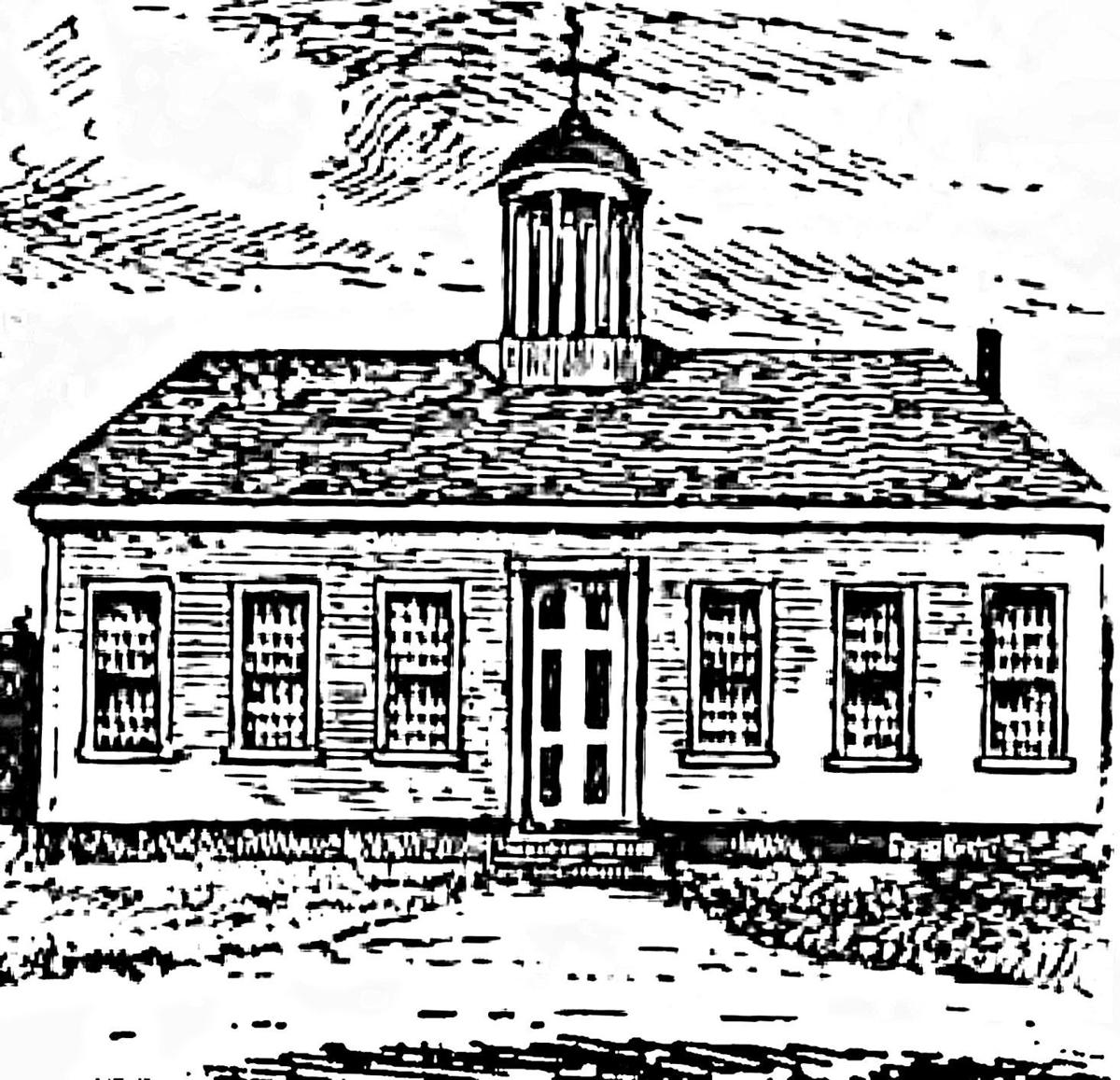 Illustration of the Town House on Main Street in Concord built in 1790 where the New Hampshire Legislature met in 1817 and 1818.

MARY DYER’S 1817 petition to the New Hampshire Legislature resulted in a law that would have given her the opportunity to make her life whole again — and that would have helped other women in similar situations. But, after the close of the legislative session, Gov. William Plumer let the bill die on his desk without his signature.

Mary had left the Enfield Shakers in 1815. Her husband, Joseph, a devoted Shaker, and the five Dyer children remained in the religious community. Mary was at an impasse, as Joseph would not divorce her, support her financially, or allow her to gain custody of any of their children. She was determined to petition the Legislature again at the annual session of June 1818. In the preceding months, Mary had lived in the town of Enfield. In May 1818 she had become embroiled in a conflict between the Shakers and a New York woman, Eunice Chapman.

Eunice had succeeded in obtaining a divorce in New York, and had also been awarded legal custody of her three children, who were living with her ex-husband Charles at the Enfield Shaker village. She would eventually succeed in retrieving her children. Eunice, who had harnessed the power of public opinion to influence the New York Legislature, inspired Mary to move her own cause forward in a similar manner.

In May 1818 Eunice sent an anti-Shaker pamphlet she had written to Gov. Plumer along with a letter of support for Mary. Eunice’s brother, Jesse Hawley, a New York legislator, also wrote to Plumer on Mary’s behalf. By June 15 Mary had filed her petition with the Legislature, and 48 Enfield citizens had also filed a companion petition alleging misdeeds by the Enfield Shakers. A committee was set up to consider the petitions, and a group of legislators was sent to the Shaker village at Canterbury, located 12 miles from Concord, to conduct an investigation. The Canterbury and Enfield Shaker settlements were closely connected.

Mary published the two petitions and affidavits supporting her in a 35-page pamphlet entitled “A Brief Statement of the sufferings of Mary Dyer occasioned by the society called Shakers.” In it, she accused the Shakers of engaging in sexual misconduct, and of drugging women to make them sterile. She also claimed that the Shakers abused the children under their care with harsh discipline, overwork and lack of sleep. The pamphlet was distributed to the state representatives and senators, and on June 16 the Concord Gazette newspaper began printing and selling copies.

To counter Mary’s accusations, the Shakers published a 24-page pamphlet, the “Remonstrance,” which was also distributed to the legislators. The text was written by Joseph Dyer and another Shaker, John Whitcher of Canterbury. The publication focused on educating the public about Shaker beliefs and practices, which they felt were misunderstood. The rival Concord newspaper, the Patriot, printed copies to sell to the public. These dueling publications, and additional articles published in both newspapers about Mary Dyer’s disputes with the Shakers, created an escalating war of words.

The legislative delegation found that the Canterbury Shakers welcomed its scrutiny. It reported back to the full committee, and a report was drawn up and presented to the Legislature on June 25, 1818. The committee members agreed that the celibate and communal lifestyle of the Shakers was highly disagreeable, and that their child discipline practices were sometimes too extreme, but they also found much to admire. The Shakers were hard working and honest. They were self-sufficient, and they paid their taxes. The children received a good education, and they were well-behaved. Also, the committee found no evidence to support Mary’s shocking allegations of misconduct.

The report brought nothing to light that would compel the legislators to act. Also, they were generally reluctant to pass any bills that would interfere with the practice of religion. Gov. Plumer felt strongly that it would be best to allow the Shakers to go about their lives, and not to interfere with them. So, the session ended at the end of June, with nothing being done to address Mary Dyer’s situation. She was now 37 years old, with little hope of reuniting with her children, who ranged in age from 9 to 17.

Next week: Mary Dyer never gives up, but time is her enemy.