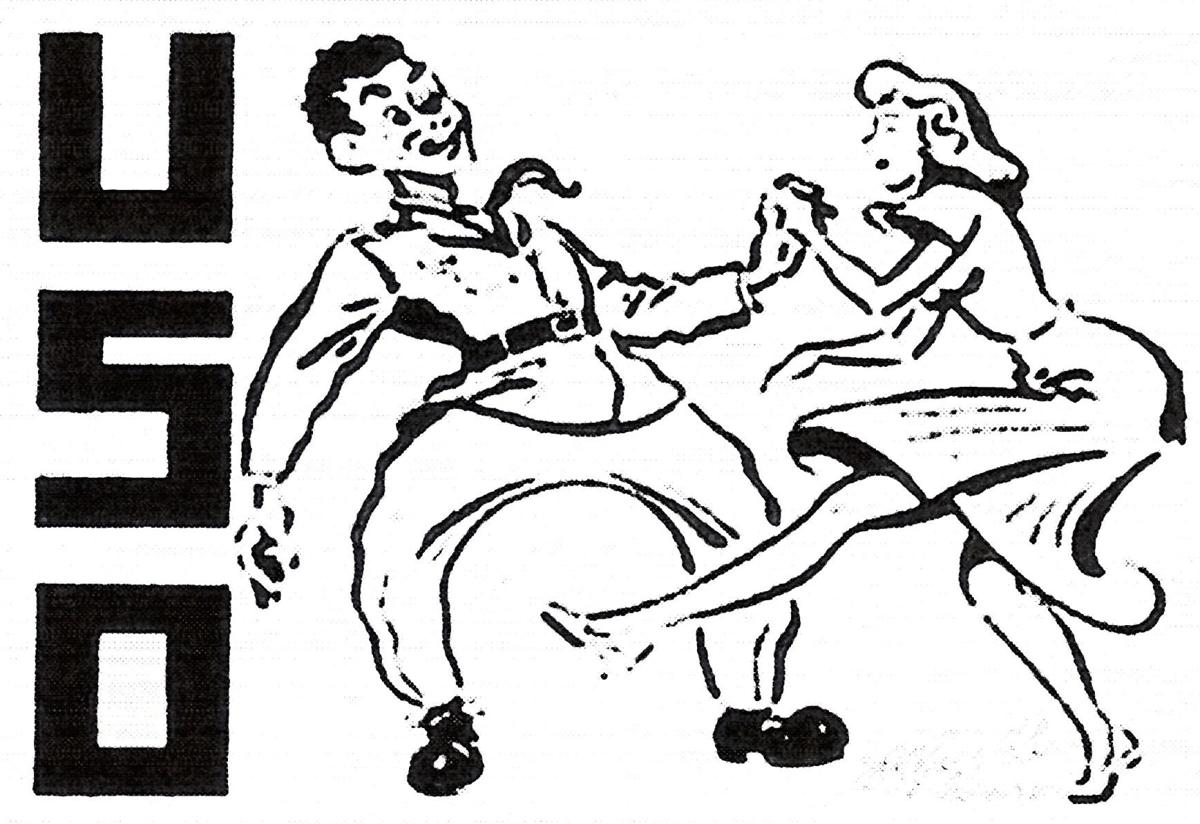 An illustration of swing dancers that accompanied regular reports of USO activities published in the Manchester Union newspaper during World War II.

At 12:30 p.m. on Monday, Dec. 8, 1941, President Franklin Delano Roosevelt delivered a six-minute speech during a joint session of Congress, which was broadcast live over the radio to the American people. This is when he spoke the famous words, “Yesterday, December 7, 1941, a date which will live in infamy, the United States of America was suddenly and deliberately attacked by naval and air forces of the Empire of Japan.”

In 2006 the late Dorothy Fisher Gilmore was interviewed for a Manchester Historic Association oral history project that recorded the memories of women who had been involved with the USO during World War II. Dorothy was 16 years old in December 1941 and a sophomore at Central High School. As she recalled, “The one thing that really has stayed with me a great deal is when in high school, right after the attack, when President Roosevelt said that we were in war, all of the whole school was in the assembly, every, every class, and President Roosevelt came over the loud speaker and said the United States was at war. And I could hear the boys in back of me saying, ‘I’m going down and signing up!’ They were like juniors, sophomores. ... It was like ‘This is it!’ People were actually going off. ... That moment — I can see it and live it right this minute, like a picture, and hearing ... President Roosevelt’s voice come over the big auditorium. Then we all sang the (Star-Spangled Banner) and raised the flag.”

The declaration of war against Japan was quickly passed by both the House and the Senate, and was signed by President Roosevelt at 4:10 p.m. that day. On Dec. 11, 1941 the United States declared war on Germany. The idea of war wasn’t new, as the country had been preparing for armed conflict since 1939. But, the “This is it!” reality of war struck people hard. For many, the moment was a call to action. But not everyone could run down to a recruiting station to join one or another branch of the military. There would be many opportunities, however, to serve on the home front.

In cities and towns near U.S. military facilities, one way to make a contribution to the war effort was to volunteer with the USO (United Service Organizations). The USO supported military personnel with athletic, entertainment, and social activities to fill their off-duty hours. Manchester was fortunate to have become home to a new Army air base in the spring of 1941. Later that year the USO had come to town to work with local citizens and organizations.

The largest and most visible USO program in the city was the USO Club, which was established in the revamped Old Armory Building on Pleasant Street in downtown Manchester. With a USO staff of only three or four people, the club depended nearly entirely on volunteer help. After its formal dedication on Jan. 24, 1942, the immediate need was to assemble a corps of hundreds of USO hostesses who would serve as the front-line morale boosters by providing respectable female companionship for the young servicemen who came to the club.

The national USO recommended that the junior hostesses be between the ages of 18 and 30 years old, though a 16- or 17-year old girl would occasionally be accepted. There was a strong preference for junior hostesses to be unmarried. They were expected to entertain the servicemen through friendly and optimistic conversation, and avoid talking about the war. They would be the men’s dance partners, food and soft drink servers, and partners in card games, ping-pong, and other wholesome activities.

Next Week: The Manchester air base becomes Grenier Field, and dances at the USO Club.