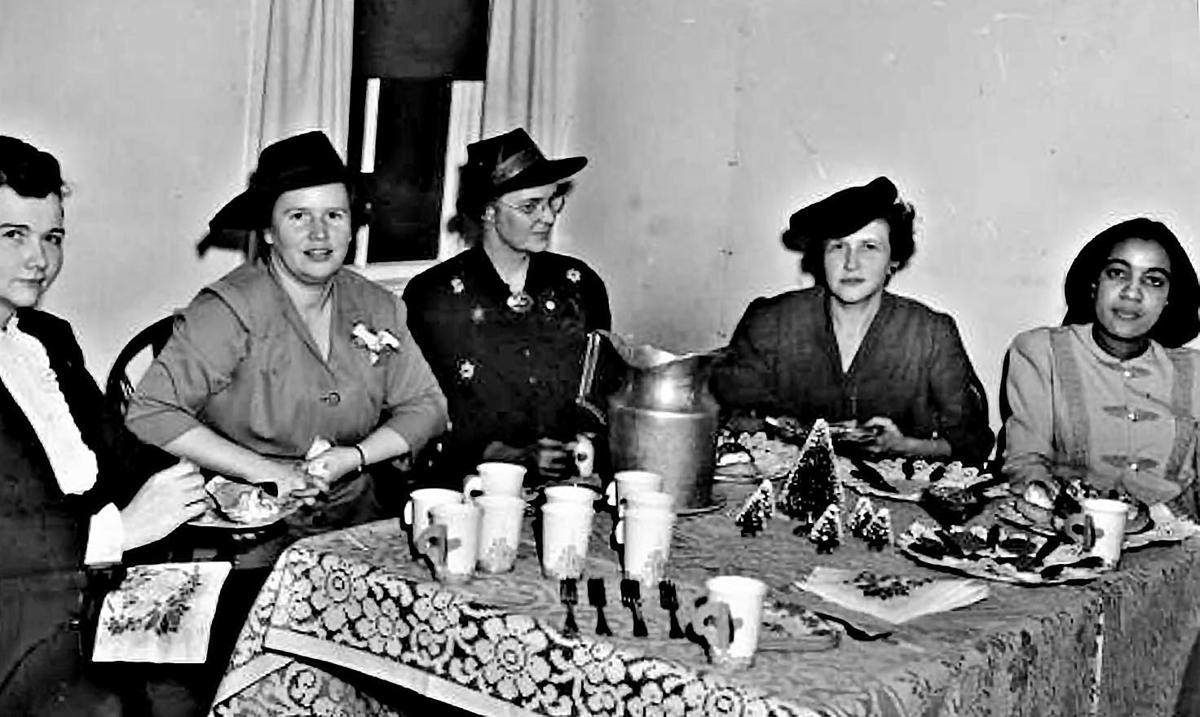 DURING THE EARLY YEARS of World War II, the USO, a national civilian charity, operated two clubs in Manchester that supported the troops at Grenier Field. Per the recommendation of the air base’s commander, Col. John I. Moore, the decision was made that a third USO facility be set up for the Black soldiers under his command. The USO did not, as a rule, operate on military installations, but in this case an exception was made. It was arranged that a Black woman be hired as a USO “hostess” to manage the club. She would be considered “on loan” to the military, and her work would be overseen by the base’s Army morale officer. She would also report to the director of the USO Club for Service Men in downtown Manchester, and would be counseled by that club’s Women’s Advisory Board.

A renovated farmhouse was converted for USO use, and named the Guest House, and the organization was given permission to use a base building, the Service Club Annex, as a recreation and dance hall. In early 1943 a young social worker, Margaret Dallas, was hired as the club’s first hostess. Her job was to operate the Guest House and to provide activities for the Black servicemen stationed at the base. Soon after the Guest House was opened on Feb. 7, 1943, it became an essential resource for the Black soldiers.

In April 1943 Miss Dallas was replaced by Mrs. Ann Boyd. Miss Sara D. Williams joined her at the end of July 1943, and the two women worked together until Mrs. Boyd left in September 1943. Miss Williams remained as hostess until June 30, 1946, when the club closed. One of Miss Williams’ last duties was to prepare a historical report about the operation. This was filed on May 23, 1946 with the national YMCA (Young Men’s Christian Association), which was responsible for the downtown Manchester USO club to which the Grenier Field facility was administratively attached.

We learn from her report that the Guest House was a welcoming place for Black soldiers to spend their off-duty hours. However, the house was always in need of repairs and much of the furniture was in bad shape. The report includes an undated memo where Miss Williams thanked the morale officer for allowing her to buy some new furniture, and she mentioned that the interior had recently been repainted by “some of the fellows in the Squadron,” and that the “Freshly painted walls and floors add a most cheerful appearance to the homey atmosphere we are striving to create.”

Visiting relatives and friends could book a room at the Guest House for up to three days at a “very nominal fee.” If someone was visiting a Black soldier who was staying in the base hospital, they could remain for as long as needed. The hostess organized weekend dances at the Annex, and arranged for Black hostesses from Boston and Haverhill, Mass., to be bussed in to serve as dance partners. She organized a Young Marrieds club for Black soldiers’ wives who were living in Manchester, and a Servicemen’s Club, which planned “Sunday Breakfast parties and dinners on special days.” There were roller skating parties and Sunday night suppers. A small lending library was set up and cookies were available at all times. If a Black soldier was being discharged and wished to remain in Manchester, the hostess would help him find housing.

Miss Williams wrote, “… perhaps our most outstanding events were the little intimate favors we were able to do, the ‘wedding breakfast’ for newlyweds, the baby showers, anniversary and birthday remembrances, hot coffee on a cold day or cool lemonade on a scorching afternoon, the summer porch parties, the wiener roasts, the little reminder of home.’” She summarized, that the Guest House “… could be termed ‘The House of Happiness’ for many lonesome GIs have found a friendly retreat within its walls. Here they have shed the feeling of uncertainty when they found that friendliness prevailed…Here they seemed to find an anchorage, an assurance and the missing link between the Army and home. One GI said to me, ‘I come in with a frown but I leave with a smile.’”

Next week: More about the USO and Black soldiers at Grenier Field.