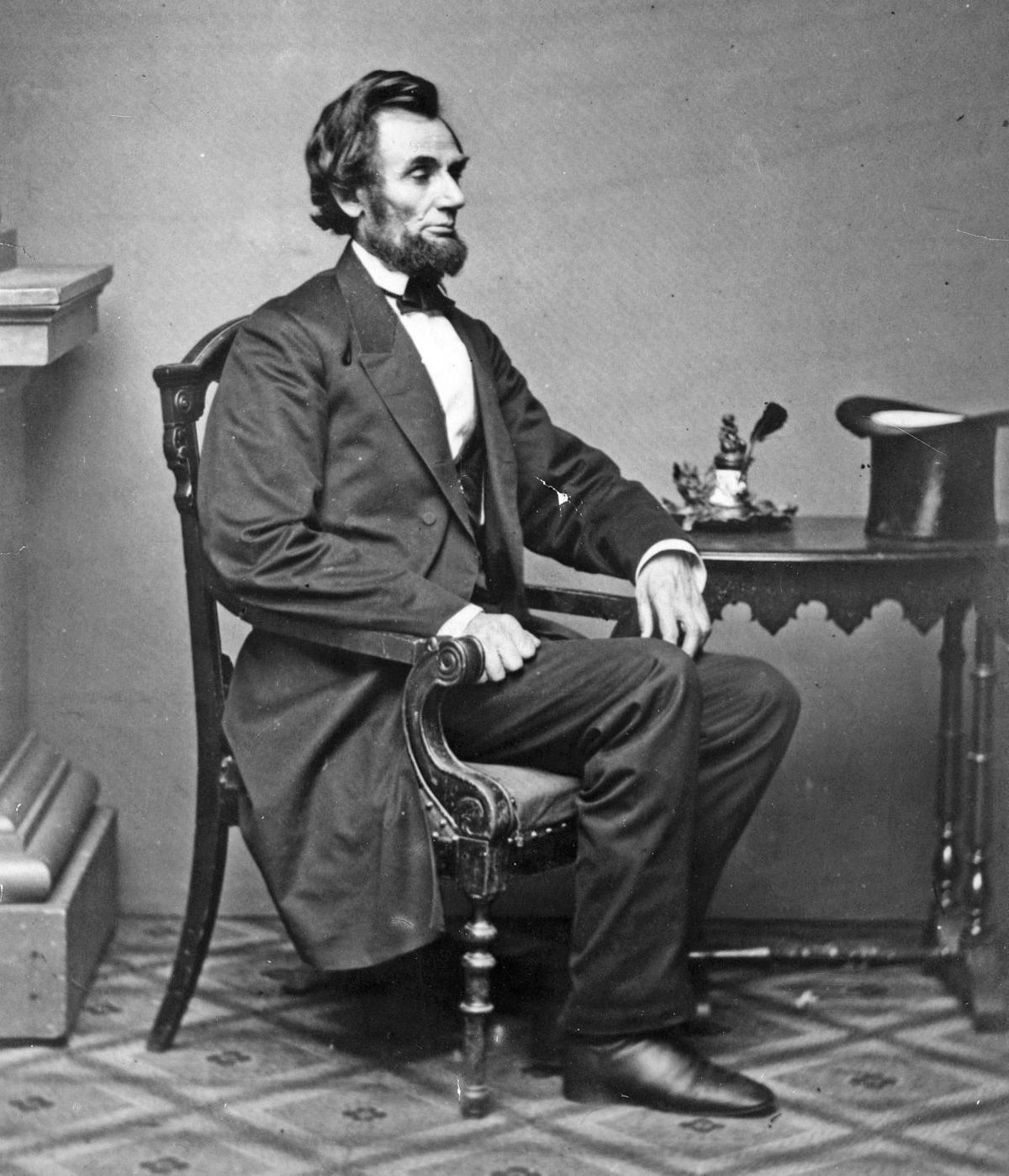 Abraham Lincoln in a photo taken in Washington, DC a few days before his inauguration on March 4, 1861.

After his success serving as the Marshal-in-Chief of President Abraham Lincoln’s splendid inaugural parade on March 4, 1861, 60-year-old Benjamin Brown French continued in his post as the Clerk of the Committee of Claims for the U.S. House of Representatives. However, he hoped for a more prestigious position in the new administration.

On April 12 Lincoln certainly had a great deal on his mind, as Confederate troops had opened fire on Fort Sumter, a Union fort in Charleston Harbor, S.C. The worst had happened — the country was now plunged into civil war. But Lincoln still found time to meet with French, who was anxious to press his case for an appointment. French later wrote in his journal that he had a “cozy chat with the President of about a half an hour. He avowed much kind feeling toward me … He did me the honor to ask my advice about several matters and seemed pleased when I gave it to him. He appears to me to be as honest, upright, and firm a President as we have ever had.” Lincoln assured French that he was thinking of a couple of suitable posts, and that he would appoint French to one of them “if possible.”

The Union Army surrendered Fort Sumter on April 13, and two days later Lincoln issued a proclamation calling for the raising of 75,000 troops from the state militias. Seven southern states had already seceded from the Union, and by June 8, four more would join the Confederate States of America.

By this time French’s wife Bess was gravely ill from cancer and tuberculosis. As her health declined, French stayed constantly by her bedside to comfort her. Bess died on May 6 at the age of 55. French wrote that evening in his journal, “My poor dear wife is now a saint in Heaven. At quarter after four o’clock this morning her pure spirit winged its way to the realms of bliss, and the mortal remains now lie quiet and beautiful as if she only slept.” The couple had been married for 36 happy years.

Washington was soon filled with troops coming in from the northern states. The first major battle of the war took place on July 21, 1861, about 25 miles southwest of the city, at a stream north of Manassas, Va., called Bull Run. The Union forces numbered over 28,000, and the Confederates over 32,000.

It was expected that the Union would easily win, and that the war would quickly end in its favor. But the Union troops were soundly defeated, and were forced into a disorderly retreat. On July 22 French wrote, “I am sick in body and mind. The battle yesterday was disastrous to our troops…at (half) past 8 I walked down in the City and soon found, to my sorrow, that our ‘grand army’ had made a grand run, and had been terribly cut up.”

French and Lincoln’s relationship grew into friendship. Lincoln felt comfortable sharing his thoughts with French about the “times and situation of affairs.” French was amused by Lincoln’s informal manner.

He described being at the White House on Sept. 4, 1861 when “…a carriage drove up to the door with four gentlemen in it. The President was one, but no mortal man would ever have suspected it was ‘The President.’ He was dressed in gray woolen clothing … He was covered with dust and came in alone with the peculiar swinging gait that characterizes the old ‘Rail splitter.’”

On Sept. 6, 1861 Lincoln appointed French to the position he had held in the administration of President Franklin Pierce — Commissioner of Public Buildings. His responsibilities would include caring for the White House, which would require frequent interactions with the President’s wife, Mary Todd Lincoln. After visiting the Lincolns in the White House on Sept. 7 French wrote, “Mrs. L. expressed her satisfaction at my appointment, and I hope and trust she and I shall get along quietly. I certainly shall do all in my power to oblige her and make her comfortable. She is evidently a smart, intelligent woman, and likes to have her own way pretty much. I was delighted with her independence and her ladylike reception of me.”

Next week: Despite Benjamin French’s efforts, not all would go smoothly with Mrs. Lincoln.

Aurore Eaton is a historian and writer in Manchester, contact her at auroreeaton@aol.com.