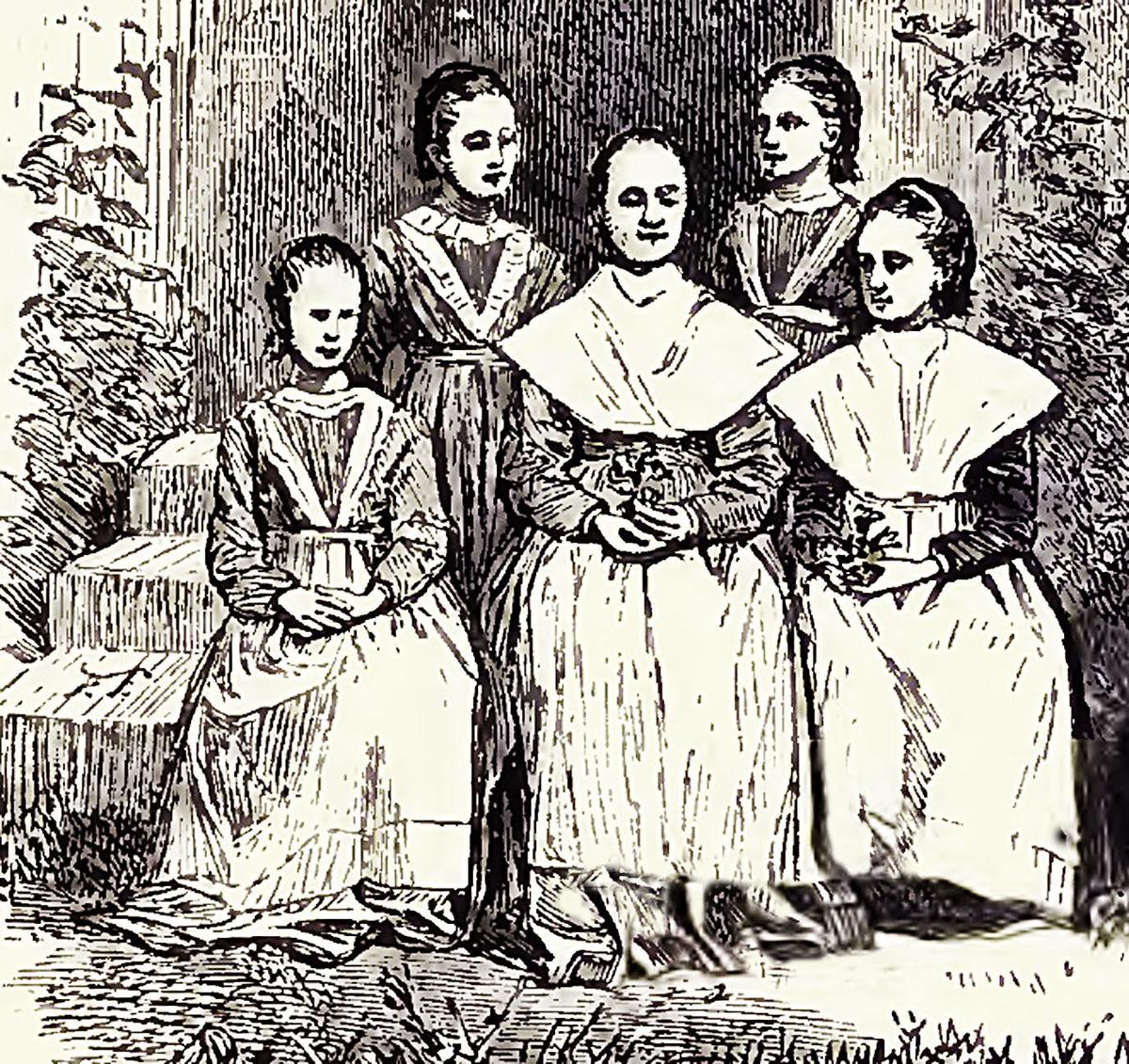 When Mary Dyer left the Enfield, N.H. Shakers in late January 1815, she became a dissenter, or more specifically, an apostate — one who abandons and no longer follows her religious faith.

Now homeless, Mary spent eight weeks living at her friend John Williams’ house in Hanover. As she had no assets, she needed to find the means to survive, and she desperately wanted to be able to recover at least one of her five children from the Shakers. Her husband Joseph was devoted to the sect, so he would not agree to allow any of their children to leave Enfield.

Mary had no recourse as the law recognized that custody rights belonged to the husband alone and, to complicate matters, the Dyers had indentured their children to the Shakers.

On Feb. 18, 1815 Joseph Dyer published an advertisement in the “Dartmouth Gazette and Grafton and Coos Advertiser” newspaper that read, “Whereas Mary, my lawful wife, has absented herself from my place of residence, and thereby has refused my support and protection — these (facts therefore forbid) all persons trusting or harboring her on my account, as I shall not consider myself liable to pay any debt of her contracting after this date.”

Although the notice was intended to push Mary away, she saw it differently. To her this was a clear public admission by Joseph that, if she returned to the Shaker village, he would be obligated as her lawful husband to provide for her.

On March 6, 1815, to Joseph’s dismay, Mary was back at the Shaker community. He reluctantly agreed to meet his legal responsibilities, and Mary was allowed to stay. She was given her own room and was permitted some freedom of movement, but she was not allowed to see her children.

She was assigned a chore — to spin yarn. Mary kept in touch with friends outside of the Shaker village, who brought her writing supplies, and provided moral support. Mary kept a journal which allowed her to hone her writing skills by detailing her grievances against the Shakers.

She spoke harshly to the Shaker brothers and sisters, pointing out to them what she saw as the grave errors of their religion. This was too much for them to bear, so they told Joseph that Mary must go.

Joseph determined that he could fulfill his husbandly duties if he paid someone to board Mary in their home. In late spring 1815 he took her and her belongings in a wagon 35 miles north to Orford, where he had arranged for her to live with her sister and brother-in-law, Betsy and Obadiah Tillotson.

In the fall Mary paid a short visit to the Enfield community. She argued with Joseph and his fellow Shakers, and so annoyed them that they dragged her out of the meeting room and deposited her in the street. Her dress was torn in the struggle. She spent the night in a guest room, and the next day, she was allowed a brief supervised visit with her children before being required to leave.

She returned to the Tillotsons, and sometime later Joseph arranged for her to move in with strangers in Lancaster. She also spent time with her mother in Northumberland.

In the winter of 1816, Mary again traveled to Enfield, this time accompanied by her sister Sally’s husband, Judge Moody Rich. Joseph agreed to pay Judge Rich $52 to board Mary for a year at his and Sally’s home in Maidstone, Vt. During the visit, Rich was able to speak with the Dyers’ four sons, while Mary spent some precious moments with her 14-year-old daughter Betsey. She was saddened when Betsey told her how much she enjoyed living with the Shakers.

During the following months, the marital battle continued. Joseph offered to give Mary a plot of land in Stewartstown if she would agree to make no more demands of him. This meant giving up hope of being reunited with any of her children. Mary insisted that she wanted Joseph to release at least one child to her before any settlement could be reached.

What could Mary do now? Judge Rich recommended that she petition the New Hampshire Legislature for assistance. She agreed.