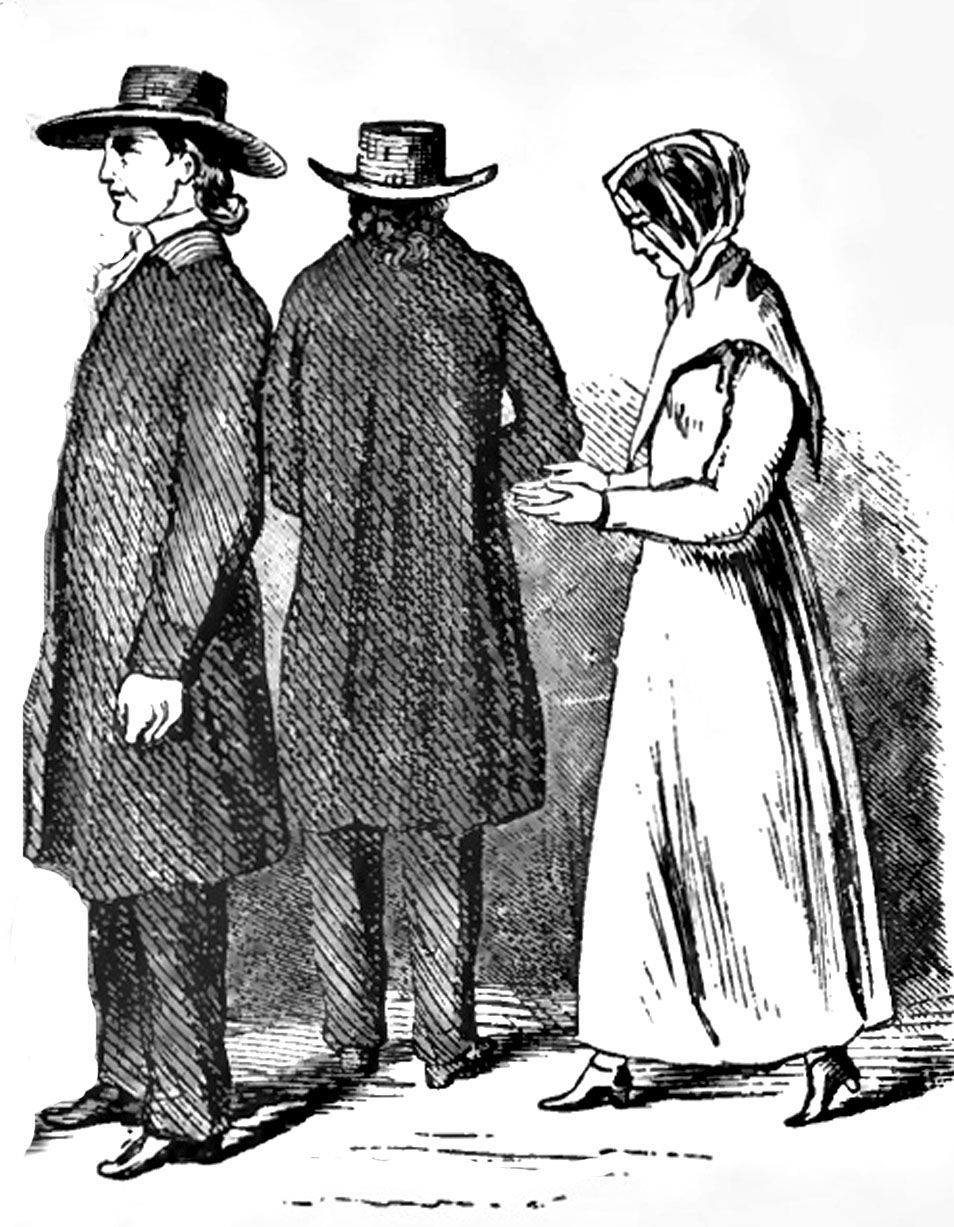 The early Shakers adopted a simple, modest style of clothing that changed little over time.

The two Shaker settlements in New Hampshire — at Canterbury and Enfield — are chapters in a unique and remarkable story that began with the birth of Ann Lee in Manchester, England in 1736. Ann’s family lived in Toad Lane in a poor section of this city of around 15,000 people where deprivation and misery were common elements. Her father was John Lee, a blacksmith, but her mother’s name is unknown.

Ann was the second of eight children. She received no schooling and remained illiterate her entire life. She started working at the age of 8. Her jobs included cutting velvet; preparing yarn for the looms in a cotton factory; cutting fur in a hatter’s shop; and cooking in a hospital for the insane.

By 1758 Ann had left the Church of England and had joined a small Christian sect, the Wardley Society, led by former Quakers Jane and James Wardley. The Quakers, which had been formed in the mid-17th century as the Religious Society of Friends, believed that each person possessed an “inner light” that allowed them to have a direct experience of God. In Quaker services, the congregation would sit in silence until one or more of the members would be inspired to speak truths that had been revealed to them through contemplation.

Around 1747 Jane Wardley experienced visions that led her to believe that Christ would soon return to Earth in the form of a woman, so she and James split from the Quakers and developed their own way of expressing the “inner light.” Wardley Society services would begin quietly, but soon Mother Jane, as she was known, would begin to tremble as she revealed her prophesies. Moved into ecstasy by their spiritual experiences, the followers would sing (sometimes in “tongues,” that is, unknown languages), walk around the room, dance, shout, and confess their sins. This unusual activity led the public to refer to the Wardleys’ followers as Shaking Quakers, and eventually Shakers.

It may appear that the term “Quakers” was also meant to describe how congregants acted during services, but this is not the case. This nickname for the Friends originated when the sect’s founder, George Fox, was brought in front of the magistrates on charges of blasphemy. After he “bade them tremble (quake) at the word of the Lord” one of the magistrates mocked Fox’s admonishment and began calling him and other members of the sect Quakers. This name caught on with the public.

In 1762 Ann married her father’s apprentice, Abraham Stanley. The marriage brought Ann great sadness, as she gave birth to four children, three of whom died in infancy, and one as a toddler. Her spiritual life was tumultuous, as she and her fellow Shakers were often harassed and jailed for blasphemy and for disturbing the peace through their raucous services.

While incarcerated in 1770, Ann experienced visions that informed her that physical relations between humans should be avoided as this separates them from God — and that she was now meant to live as the female incarnation of Christ. After she was freed, her fellow Shakers were so impressed by her visions that they chose her as their spiritual leader. She began to be called Ann the Word of God Made Manifest in the World, or Ann the Word, and later simply as Mother Ann.

A charismatic preacher, Mother Ann urged her followers to give up their worldly goods, practice pacifism, confess their sins, and renounce their “lustful gratifications” through celibacy. After a time, Ann felt driven to move to America, where she believed she would establish a new church that was destined to thrive.

On Aug. 6, 1774, after three months at sea, Mother Ann and eight other Shakers arrived in New York City on the ship Mariah, having sailed from Liverpool, England. The voyage had been financed by one of her followers, John Hocknell, who had come with his son Richard. Also in the group were Mother Ann’s husband Abraham Stanley (who had converted to Shakerism); her brother William Lee; her niece Nancy Lee; James Whittaker; James Shephard; and Mary Partington. Mother Ann and her fellow Shakers found work in the city to support themselves as they sought a way forward.

Next week: The first Shaker settlement, and more harassment and jail time for Mother Ann.