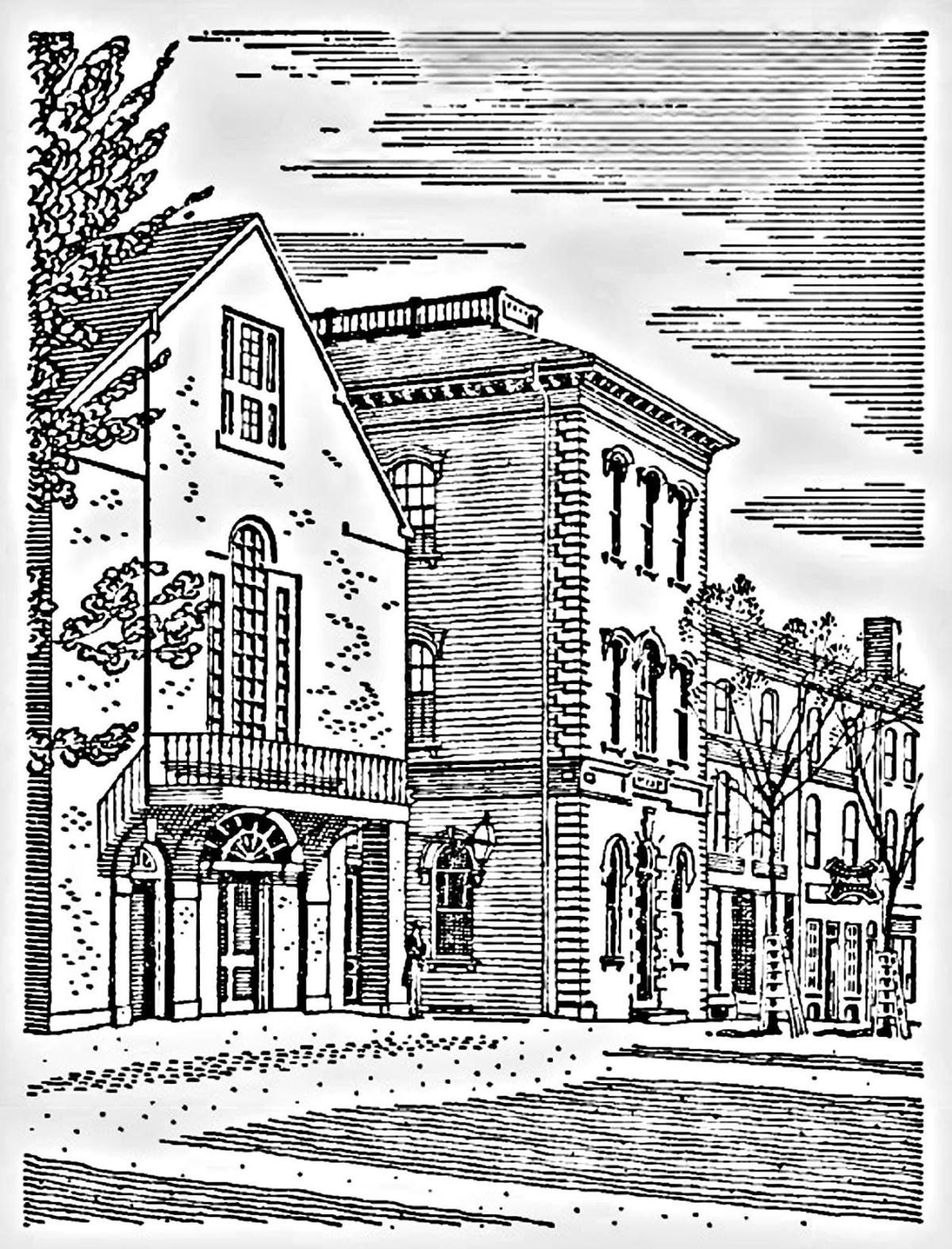 After making a triumphant entrance into the bustling seaport of Portsmouth, N.H., at the head of a long procession on Sept. 1, 1824, the Marquis de Lafayette was welcomed with great warmth and gratitude by dignitaries in Franklin Hall on Congress Street. After the formalities, Lafayette met with a group of his fellow veterans of the American Revolution. Lafayette had been one of Commander-in-Chief George Washington’s most trusted senior officers, as well as his friend and confidante.

Now, 40 years after he last set foot on American soil, and 25 years after Washington’s death, Lafayette had returned for what would be his farewell tour of his adopted country. After arriving in New York in mid-August 1824, Lafayette had been asked if he preferred to be addressed by his inherited title of Marquis, or simply as General.

According to an eye-witness account, “He unhesitatingly and emphatically replied, I am an American General.” He had always seen himself as one with the American people.

After leaving Franklin Hall, Lafayette was taken to Langdon House on Pleasant Street to rest. This grand Georgian house had been built in 1784 by local patriot John Langdon (1741-1819).

During the Revolution, Langdon had built three warships in Portsmouth for the new United States Navy, and had also commanded a light infantry militia company and a cavalry unit. In addition, he had made a fortune as a privateer raiding British merchant ships. When George Washington visited Langdon on his tour of New England during his first year as President in 1789, he had found his house to be the finest of all the Portsmouth mansions. A popular politician, Langdon served eight one-year terms as Governor of New Hampshire.

The Governor John Langdon House is recognized today as a National Historic Landmark, and is operated as a museum by Historic New England.

Later that afternoon, Lafayette toured the Portsmouth Naval Shipyard on Seavey’s Island across the Piscataqua River from Portsmouth in Kittery, Maine. That evening, he was honored at a great public banquet in Jefferson Hall in Market Square attended by local officials and many Portsmouth citizens. Afterward, Lafayette attended a ball in Franklin Hall where more than 400 women were presented to him, each no doubt appreciating the opportunity to meet the illustrious visitor in person.

At midnight, Lafayette and his entourage boarded their carriage and traveled back toward Boston over the dark roads. They arrived in the city the next day at around 2 p.m. and were back on the road again by 4 p.m. to continue their journey through New England.

In Lafayette’s published journal of his 1824-1825 tour of America, Lafayette’s secretary Auguste Levasseur noted certain facts about the state of New Hampshire that he had found to be of particular interest. About the climate he wrote (as translated from the original French by Alan R. Hoffman), “The hot weather of summer is short, but extreme. As to cold, it must be very severe, since Lake Winnipesaukee, which is 24 miles long and in some places 12 miles wide, freezes three months a year, to the point that it is able to support heavy carriages. Nonetheless, the climate there is very healthy, and examples of longevity are not rare. One often sees there people who live beyond 100 years.”

Levasseur explained New Hampshire’s system of government in detail. He wrote, “The Senate is composed of 13 Senators elected each year … The requirements for candidacy are that one must be 30 years old; one must possess property worth 200 pounds in the State; (and) one must have lived in the State for seven years before the election and be a resident of the District by which he has been chosen.”

For the members of the House of Representatives he wrote, “The election is held by secret ballot, and none can be eligible if he does not possess an estate valued at 100 pounds in his District …” As for Governor, he explained that to be elected, “it is necessary…to possess property worth 500 pounds, of which half must be real estate situated inside the State.” He did not need to mention specifically that both the voters and the candidates must be male, as that would have been assumed.

Next week: Lafayette returns to New Hampshire in 1825.Aurore Eaton is a historian and writer in Manchester, contact her at auroreeaton@aol.com or at www.facebook.com/AuroreEatonWriter