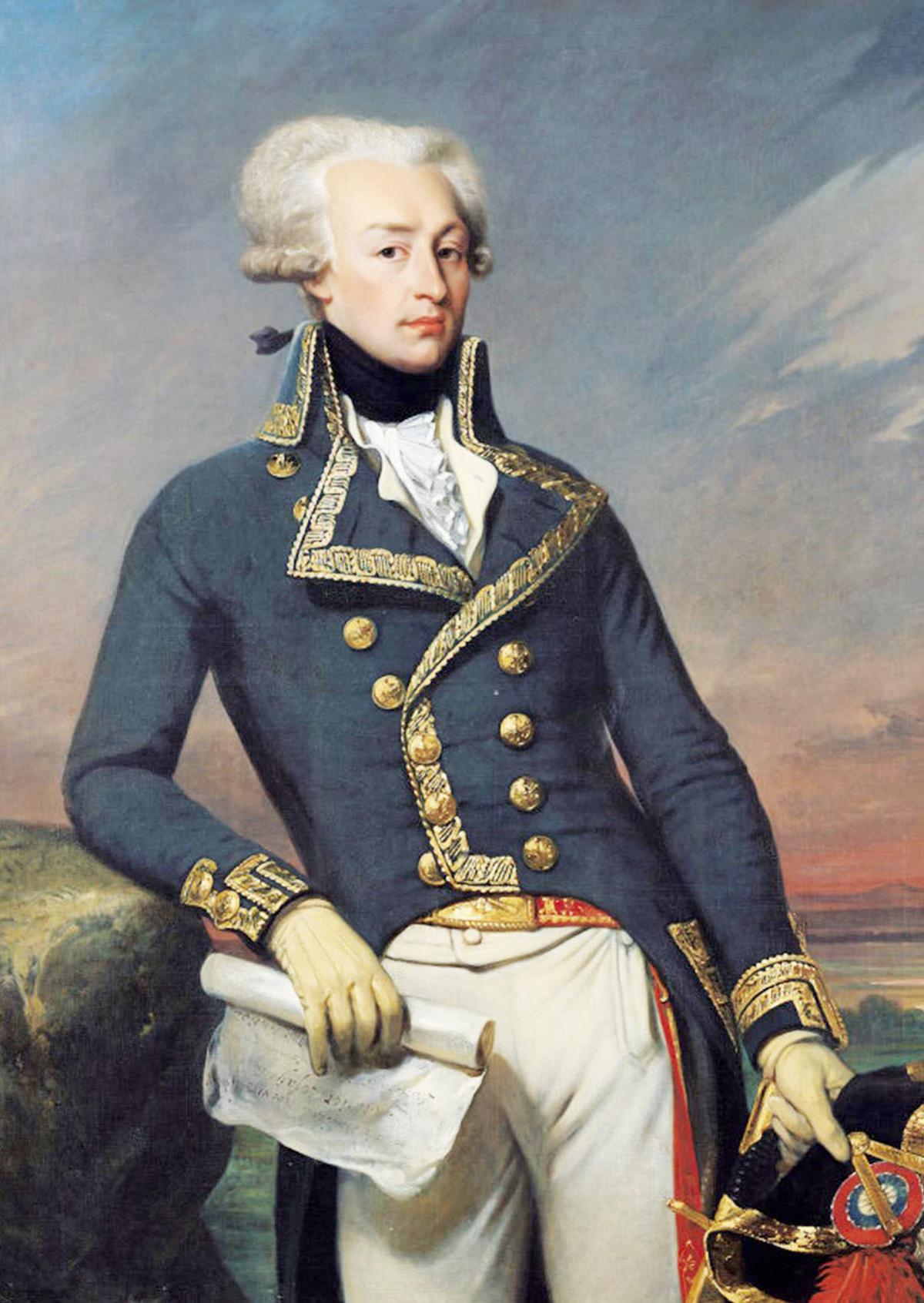 Portrait of the Marquis de Lafayette as a young French officer, painted by Joseph-Désiré Court.

When the young French aristocrat, who had been christened with the burdensome name of Marie Joseph Paul Yves Roch Gilbert du Motier, marquis de Lafayette, arrived in America in 1777, he was 19 years old. He already had six years of military experience serving as an officer in the French military forces, and was filled with the desire to join the rebellious Americans in their fight for freedom from British rule.

Like several other ambitious French officers, Lafayette was seeking appointment in the Continental Army. He stood out from his countrymen by readily agreeing to serve without pay, and also because of his unflagging enthusiasm for the American cause. Faced with the reality of a highly deficient American military force that lacked training, discipline, food, and even proper clothing, Lafayette refused to see himself as superior. Instead, he expressed to George Washington, the commander in chief of the Continental Army, that he was only there to learn.

Benjamin Franklin had advised Washington to treat Lafayette with respect due to his family connections in France, which could prove useful to the Americans. Washington found that this would not be a difficult task, and a true friendship began to develop between the two men. Lafayette demonstrated his loyalty in many ways. This included sharing the deprivations of the winter of 1777-1778 at Valley Forge, Pa., with Washington alongside his malnourished and disease-ridden men. In bearing this and other hardships, and in showing competent leadership in battle, in camp, and on the march, Lafayette proved his worth as a major general in the Continental Army. Washington looked at Lafayette as a surrogate son, and in return Lafayette regarded Washington as a father figure. Lafayette had lost his own father when he was not yet 2 years old, and his mother had died when he was 12.

Today, Lafayette’s contributions to American history seem to have been largely forgotten (despite the fact that many places were named after him). But there is growing interest in understanding the details of one particularly fascinating and unique aspect of his American story — his “farewell” tour of 1824-1825. This eventful journey, filled with pomp and circumstance, took Lafayette through all the existing 24 states. This was not Lafayette’s first American tour, however.

The Treaty of Paris was signed in 1783, officially ending the American Revolution. The next year, Lafayette made plans to return to his adopted country for an extended visit. He sailed for America on July 1, 1784, and reached New York on Aug. 4, 1784. He had never been in the city before, as it had been held by the British during the time he served in the Continental Army.

Twenty-seven-year-old Lafayette was hailed as a returning hero. Banquets and receptions were given in his honor in several cities including in New York, Philadelphia, Baltimore, Albany, and Boston. He spent 11 days at George Washington’s Mount Vernon estate in Virginia, where a series of formal dinner parties were held for him. For any dining occasion Lafayette was happy to deliver the after-dinner speech. Although he was a mediocre orator (especially in English), the guests were always charmed.

Near the end of his tour, Lafayette returned to Mount Vernon. When he headed off to New York where he would be departing for France, Washington traveled alongside him as far as Annapolis, Md. Before boarding the ship for the return voyage, Lafayette received a letter from Washington that began, “In the moment of our separation, upon the road as I traveled, and every hour since, I have felt all the love, respect, and attachment for you with which length of years, close connection, and your merits have inspired me. I often ask myself, as our carriages separated, whether that was the last sight I ever should have of you?”

Lafayette wrote back, expressing his desire to return to America, and to Mount Vernon, “again and often … Adieu, my dear General, it is with inexpressible pain that I feel that I am going to be separated from you by the Atlantic … I find in your friendship a felicity that words cannot express.”

Next week: The Marquis de Lafayette returns to America in 1824 and visits Portsmouth.