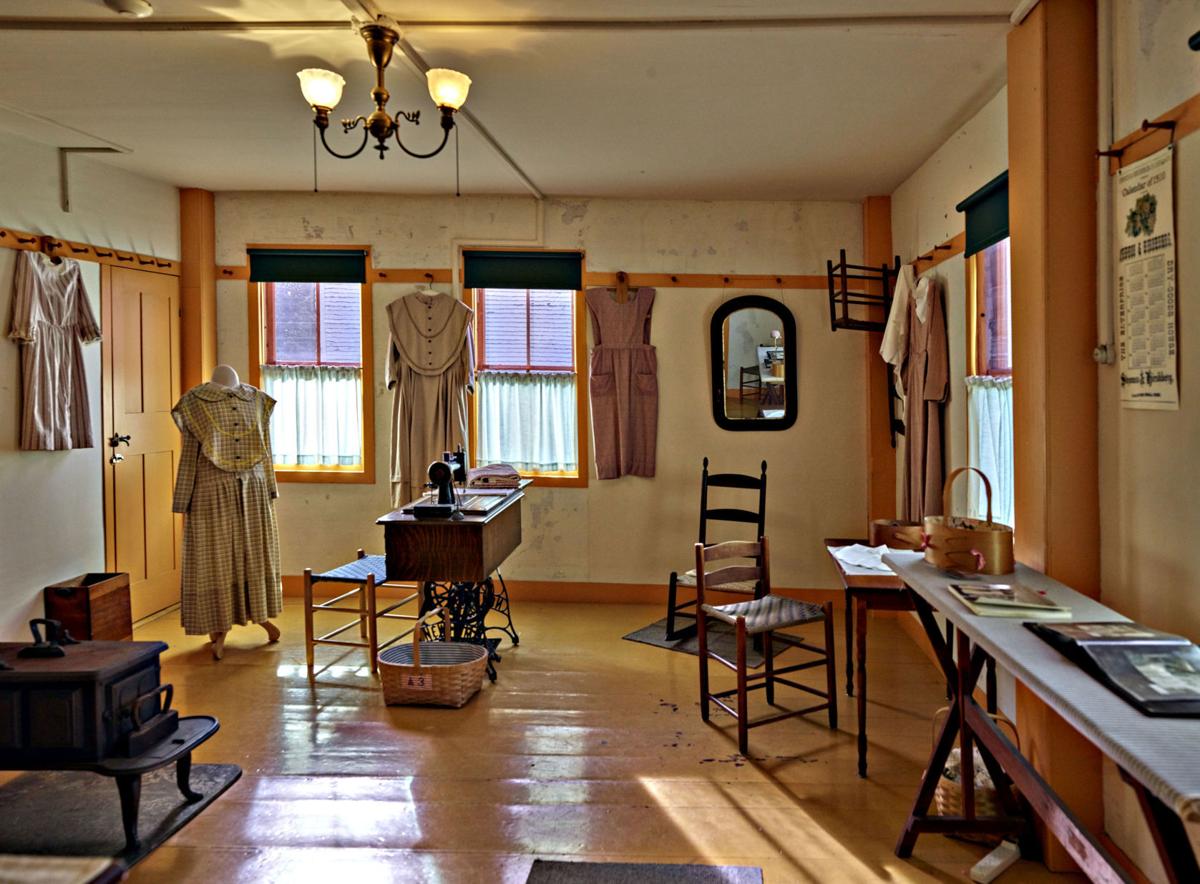 The United Society of Believers in Christ’s Second Appearing, known as the Shakers, is a Christian sect that thrived for more than 100 years as a creative expression of communal living within a religious environment. Twenty-four Shaker settlements were established between 1787 and 1898 in 10 states, but today only one active community exists, the Sabbathday Lake Shaker Village in New Gloucester, Maine.

Some of the former Shaker communities now operate as nonprofit museums, including Canterbury Shaker Village and Enfield Shaker Museum in New Hampshire. To celebrate the legacy of the Shakers, and the 50th anniversary of the incorporation of Canterbury Shaker Village as a museum, the Currier Museum of Art in Manchester is currently showing a special exhibition, “Shakers and the Modern World,” which is on view until Feb. 16, 2020. This column begins a series that will examine the history of the Shakers, with a focus on the New Hampshire stories.

How do we know the Shakers? The presence of the Shakers in American memory and popular culture is palpable in part because of the enduring popularity of Shaker-inspired designs in handmade wooden furniture and in Shaker bentwood boxes and other handicrafts. For some, these objects, both elegant and practical, evokes a nostalgia for a simpler, more dignified, and more cooperative way of life that values hard work and skilled craftsmanship.

Another legacy of the Shakers is a modest musical composition that has become one of the most recognized and lasting of American folk songs, “Simple Gifts.” Perhaps nothing embodies the spirit of the Shakers in our imagination more than this tune. It is generally agreed that “Simple Gifts” was composed in 1848 by Elder Joseph Brackett, Jr. (1797–1882), a leader in the Shaker community in Alfred, Maine.

“Simple Gifts” was meant to be sung and danced to a lively tempo by Believers during a worship service. It had only one verse, with the last three lines serving as dance instructions:

‘Tis the gift to come down where we ought to be,

And when we find ourselves in the place just right,

‘Twill be in the valley of love and delight.

When true simplicity is gained,

To bow and to bend we shan’t be ashamed,

To turn, turn will be our delight,

Till by turning, turning we come ’round right.

This song and other music composed for Shaker prayer services were circulated among the communities. “Simple Gifts” was unknown by the general public until 1944 when composer Aaron Copland incorporated its melody in his ballet score “Appalachian Spring.” The tune can be heard in the last scene of this story-telling ballet set in the 19th century. It featured the famed dancer and choreographer Martha Graham as the lead female dancer. Graham was inspired by Shaker dances in her choreography. A portion of a video of his ballet is being shown in the Currier Museum exhibition.

Copland brought further attention to “Simple Gifts” by including it in a collection of music for voice and piano titled “Old American Songs.” The song has been recorded by many performers, including Judy Collins, Jewell, and Alison Krauss, and instrumental versions have been used as background music for television programs, commercials and movies. The tune has even been scored for marching bands.

Today “Simple Gifts,” in a variety of forms, is included in the hymnals of many Christian denominations. One popular adaption was written in 1963 by the English folk musician Sydney Carter titled “Lord of the Dance” that dramatically tells the story of Jesus’ life. In 1996 a musical titled “Lord of the Dance” premiered in Dublin, Ireland, starring Irish-American dancer Michael Flatley of “River Dance” fame. Although the show was named after Carter’s song, and it used the “Simple Gifts” melody as its central musical theme, the show’s story was based primarily on Irish folk tales.

“Simple Gifts” was played in different arrangements at the inaugurations of Presidents Ronald Reagan (1985), Bill Clinton (1993), and Barack Obama (2009). In 2017 the original 1848 Shaker version, sung by a women’s choir, was included on the soundtrack of the season finale of the television series “The Handmaid’s Tale.”

Next week: Mother Ann and the origins of New Hampshire’s Shakers.